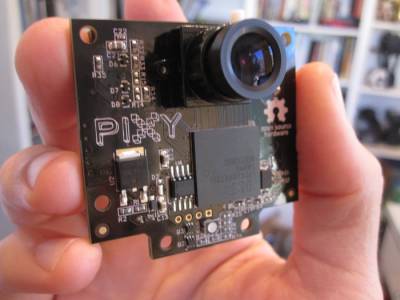 Pixy (CMUcam5) is a partnership between the Carnegie Mellon Robotics Institute and Charmed Labs. Pixy comes from a long line of CMUcams, but Pixy got its real start as a Kickstarter campaign. It first started shipping in March of 2014 and has since become the most popular vision system in history! Pixy is funded exclusively through sales, so thank you for helping make Pixy a success! You can watch the original Kickstarter video below — it’s a good introduction!

If you want your robot to perform a task such as picking up an object, chasing a ball, locating a charging station, etc., and you want a single sensor to help accomplish all of these tasks, then vision is your sensor. Vision (image) sensors are useful because they are so flexible. With the right algorithm, an image sensor can sense or detect practically anything. But there are two drawbacks with image sensors: 1) they output lots of data, dozens of megabytes per second, and 2) processing this amount of data can overwhelm many processors. And if the processor can keep up with the data, much of its processing power won’t be available for other tasks.

Pixy addresses these problems by pairing a powerful dedicated processor with the image sensor. Pixy processes images from the image sensor and only sends the useful information (e.g. purple dinosaur detected at x=54, y=103) to your microcontroller. And it does this at frame rate (50 Hz). The information is available through one of several interfaces: UART serial, SPI, I2C, USB, or digital/analog output. So your Arduino or other microcontroller can talk easily with Pixy and still have plenty of CPU available for other tasks.

It’s possible to hook up multiple Pixys to your microcontroller — for example, a robot with 4 Pixys and 360 degrees of sensing. Or use Pixy without a microcontroller and use the digital or analog outputs to trigger events, switches, servos, etc.

Pixy can easily connect to lots of different controllers because it supports several interface options (UART serial, SPI, I2C, USB, or digital/analog output), but Pixy began its life talking to Arduinos. Over the last several months we’ve added support for Arduino Due, Raspberry Pi and BeagleBone Black. Software libraries are provided for all of these platforms so you can get up and running quickly. Additionally, we’ve added a Python API if you’re using a Linux-based controller (e.g. Raspberry Pi, BeagleBone).

What does “50 frames per second” mean? In short, it means Pixy is fast. Pixy processes an entire 640×400 image frame every 1/50th of a second (20 milliseconds). This means that you get a complete update of all detected objects’ positions every 20 ms. At this rate, tracking the path of falling/bouncing ball is possible. (A ball traveling at 30 mph moves less than a foot in 20 ms.)

PixyMon is great for debugging your application. You can plug a USB cable into the back of Pixy and run PixyMon and then see what Pixy sees while it is hooked to your Arduino or other microcontroller — no need to unplug anything. PixyMon is open source, like everything else. 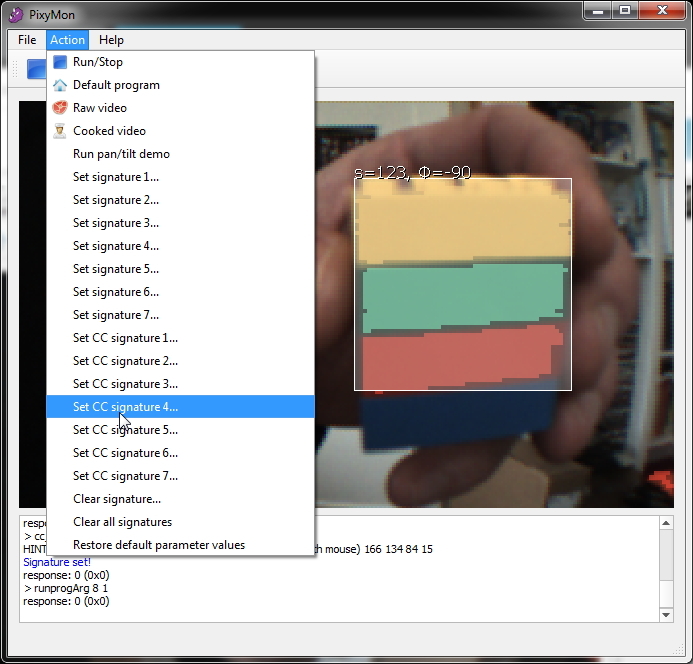 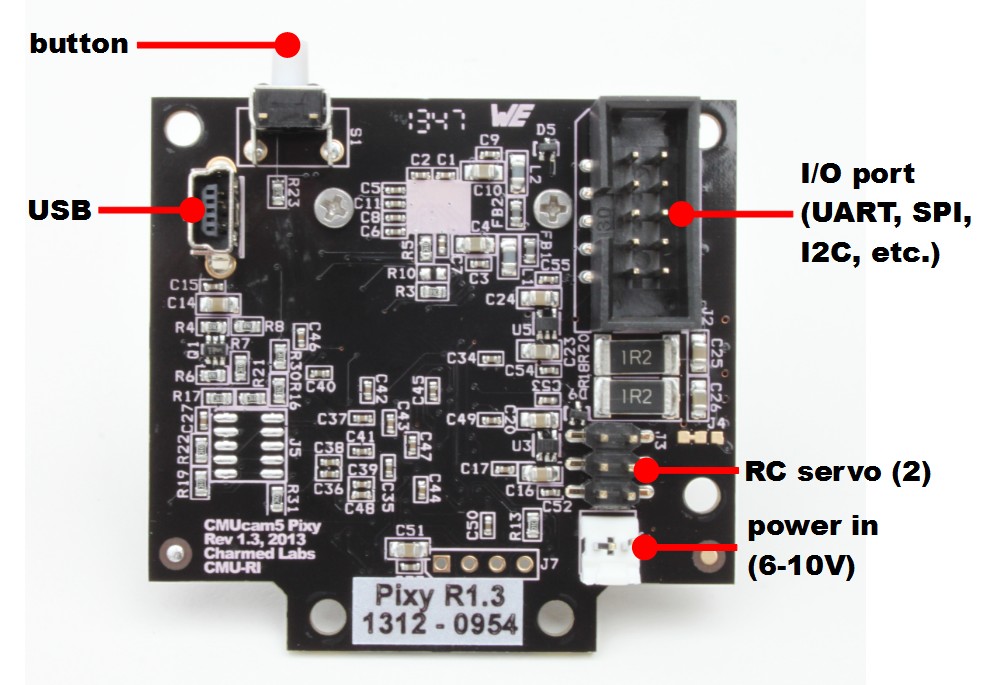 A color code (CC) is two or more color tags placed close together. Pixy can detect and decode CCs and present them as special objects. CCs are useful if you have lots of objects you want to detect and identify (i.e. more than could be detected with the seven separate color signatures alone.)

Where Can I Buy?