This tab contains more advanced parameters for adjusting various line tracking things. To bring up this tab, you must be running the line_tracking program by selecting it in the Program menu, and then bringing up the Configure Dialog (click on the gear icon

Warning! These are “expert” parameters. Some are used for testing/debugging and furthermore may cause the line tracking algorithm to act strangely for some values. No smoke will pour out of your Pixy2 (that's good) but exercising a little caution is advised! 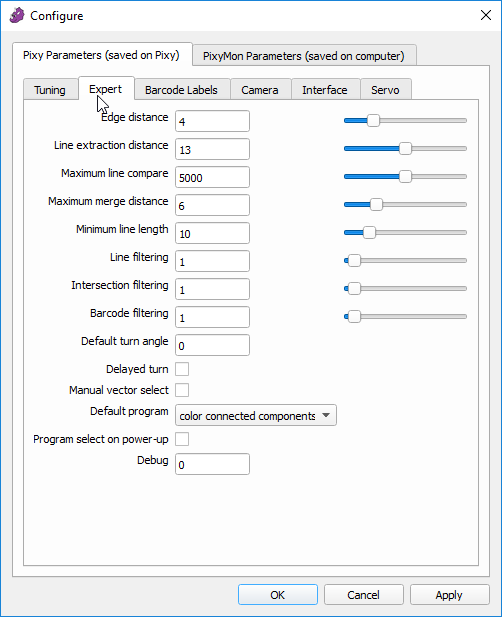